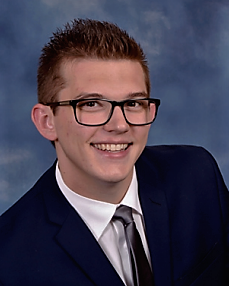 Youth Pastor, Austin Morgan was born and raised in West Virginia. He began preaching and guest speaking for youth groups throughout West Virginia at age 15. Austin has been playing music since age 8. He graduated from Lee University with a Bachelor of Arts in Music. While at Lee, Austin played trumpet in many ensembles and in the orchestra at Peerless Road Church. That is also where he met his wife, Lindsey who is also a Lee alumnus and played trumpet the Peerless Road Orchestra as well. They moved to Virginia in 2018. Shortly after moving, Austin began his role as Youth Minister at Harvest Ministries. His goals as youth pastor are to help the harvest youth members build a firm foundation in their relationship with Jesus Christ. Austin is a firm believer in having a lifelong lasting relationship with God and strives to help the youth in every way possible in the Christian walk. Austin and Lindsey are also members of the Harvest Worship team. Austin plays the piano while Lindsey sings with Worship Pastor Ashley Alley on the vocal team. Austin and Lindsey have recorded and released multiple songs on all major streaming platforms. They enjoy every opportunity they get to minister to others in word and song.